If They Lift the Earth > News

If They Lift the Earth 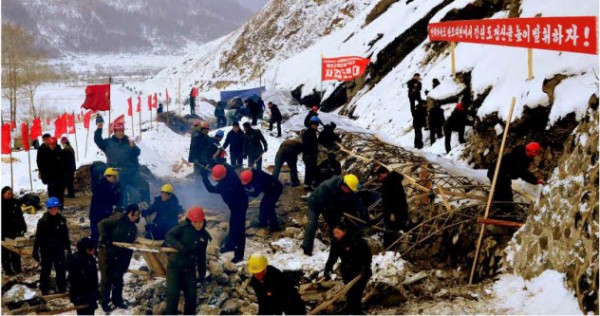 In April 2016 the Supreme Leader visited Paektusan Hero Youth Power Station No. 3 after its completion. Seeing writings, sketches, picture albums and visual picture albums created by the young builders of the power station, he said that a picture of the visual picture album titled We can lift even the earth with the Marshal’s trust in us! was impressive. Then a young official told him that the Paektusan Hero Youth Shock Brigade members had built the power station with the belief that when they are trusted by the Supreme Leader they can lift even the earth though in the biting cold of the north. Then the Supreme Leader said in an optimistic tone that in that case there was nothing impossible for them to conquer as they have such youth, and that if the youth lifted the earth he would turn it.

His words were full of his trust in youth and his confidence that he can do anything together with them.