For the permanent peace and denuclearization of Korean Peninsula, it is absolutely necessary to generate momentum in the process of building mutual confidence by declaring an end to the Korean War and interrupting the sanctions imposed against the Democratic People's Republic of Korea (DPRK).

In 2018, United Nations member states and all the people around the world witnessed an historical and dramatic change on the Korean Peninsula. Until last year, the Korean Peninsula was a region with higher possibility of war breaking out than any other region in the world. There was even widespread concern that if a war did break out on the peninsula, it would lead to World War III.

However, through the Panmunjom Declaration in April and the Joint Statement at the Singapore Summit in June, the world has made great strides toward "maintaining international peace and security" and "preventing and eliminating threats of war against peace."

Now, peace on the Korean Peninsula stands at a critical and vulnerable juncture. It will take a long journey for the DPRK and the U.S. to resolve their long-standing hostilities, build mutual confidence, realize a complete denuclearization and establish a peace regime on the Korean Peninsula in accordance with the June 12th Joint Statement. We understand this will not be an easy process.

We are convinced that the improvement and advancement of inter-Korean relations is the first step to overcoming the conflicts of the Korean Peninsula and realizing a permanent peace process. If the Panmunjom Declaration -- which the leaders of South and North Korea committed to carrying out -- is smoothly implemented, it will become the greatest driving force for denuclearization and the realization of a permanent peace regime on the peninsula.

But the improvement and advancement of inter-Korean relations face a big obstacle, also known as "sanctions against North Korea." The sanctions against the DPRK fundamentally block personal and material exchanges, in addition to economic cooperation between the South and the North, making it difficult for any further development of progress to be exercised beyond the exchange of talks & research, and declarations of reconciliation.

The DPRK has already suspended its nuclear and missile tests for the last nine months. In addition, they exploded a nuclear test site in May and destroyed a missile engine test site recently. These measures must be regarded as significant steps forward to peace and denuclearization on the Korean Peninsula.

The UN Security Council (UNSC) resolution on sanctions against DPRK stipulates that it is "prepared to strengthen, modify, suspend or lift the measures as may be needed in light of the DPRK’s compliance." Therefore the UNSC should consider alleviating, interrupting (postponing), and abolishing the sanctions.

The June 12th DPRK-U.S. Joint Statement is based on the premise that “the establishment of new DPRK-U.S. relations will contribute to the peace and prosperity of the Korean Peninsula and of the world, and recognizing that mutual confidence building can promote the denuclearization of Korean Peninsula."

A declaration to end the Korean War is a critical gateway to mutual confidence between DPRK and the United States, and stopping all sanctions that are currently imposed on North Korea is a fundamental measure to promote the mutual confidence. If we fail to end the current state of armistice on the Korean Peninsula and stop the sanctions against the DPRK, it will not only jeopardize the build-up of trust between the DPRK and the United States, but it will also put the budding peace process at risk of being halted again.

The 15 member countries of the UNSC are obliged under the UN Charter to make every effort possible to develop a peaceful resolution to the conflict on the Korean Peninsula. The UNSC should respect the decisions and agreements made between the two Koreas and between DPRK and the U.S. to build lasting peace. And the UNSC should lift the sanctions imposed on North Korea so that the agreements can be implemented peacefully and effectively.

In this respect, we desperately urge the support and efforts of the United Nations Security Council to put forth a "Declaration to End the Korean War," which will provide a path to mutual confidence between the DPRK and the United States. 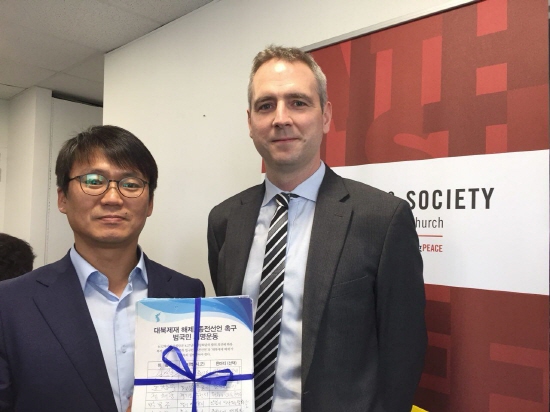 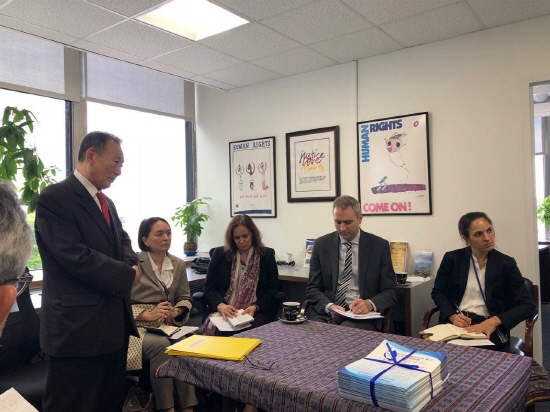 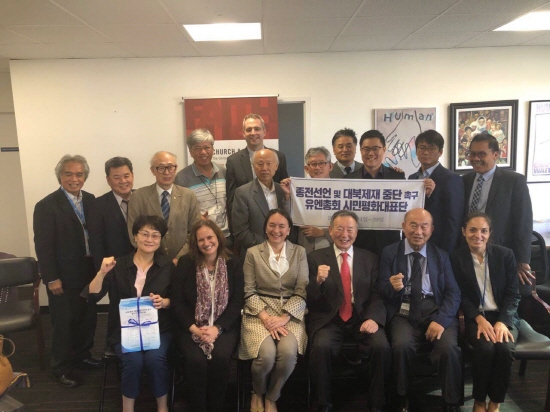