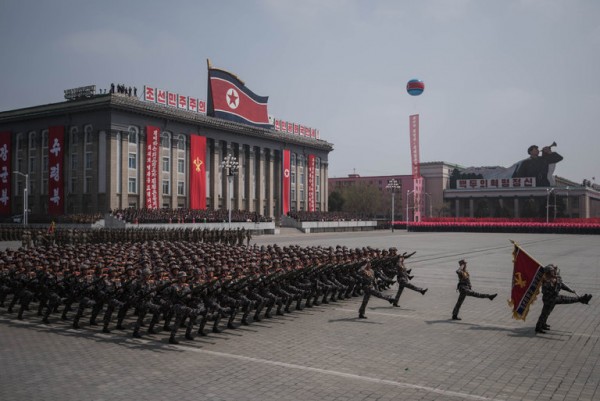 A military parade in April commemorated the 105th anniversary of the birth of the former North Korean leader Kim Il-Sung.

Worried over what they described as President Trump’s erratic response to North Korea’s behavior, 64 Democratic legislators urged him on Tuesday to talk directly to the North Koreans — and warned that he would need congressional approval for any pre-emptive military strike.

“Few decisions are more needing of debate than a move to launch attacks, or declare war, on a nuclear-armed state such as North Korea,” read a letter signed by the lawmakers, led by Representative John Conyers Jr. of Michigan, the last Democrat in Congress to have served in the 1950-53 Korean War. “In such a volatile region, an inconsistent or unpredictable policy runs the risk of unimaginable conflict.”

The letter was sent against the backdrop of divergent signals from the Trump administration in recent weeks regarding North Korea’s nuclear and missile tests and its increasingly strident threats to use the “nuclear sword of justice” against the United States.

Mr. Trump has said that under the right conditions he would be willing to meet with North Korea’s 33-year-old leader, Kim Jong-un, who is less than half the president’s age. Mr. Trump also has expressed impatience with Mr. Kim and hinted at the possibility of a pre-emptive American strike on North Korea.

In what critics have called a further confusion in the Trump administration’s policy, Secretary of State Rex W. Tillerson said in an interview with NPR last month that direct talks would “obviously” be preferable, that a nuclear-free Korean Peninsula is the goal and that the United States is not seeking to topple Mr. Kim’s government.

The letter from congressional Democrats said Mr. Tillerson’s approach was the “preferred solution” and strongly urged Mr. Trump to adhere to it.

“We respectfully request more information about the steps your administration is taking to advance the prospects or direct negotiations that could lower the potential for catastrophic war and ultimately lead to the denuclearization of the peninsula,” the letter said.

The previous three presidential administrations considered the possibility of military strikes against North Korea, the letter said, but “ultimately determined there was no military option that would not run the unacceptable risk of a counterreaction from Pyongyang.”

It also asked Mr. Trump to specify steps he would take toward the reunification of Korean families long separated by the armistice that halted the Korean War, and the retrieval of the uncollected remains of American soldiers who had died in the conflict.

Aides to Mr. Conyers said the 64 signatures on the letter symbolized the 64 years since the armistice was signed.

They also pointed to an Economist/YouGov poll conducted from April 29 to May 2 that found that 60 percent of Americans, regardless of political affiliation, supported direct negotiations between the United States and North Korea. 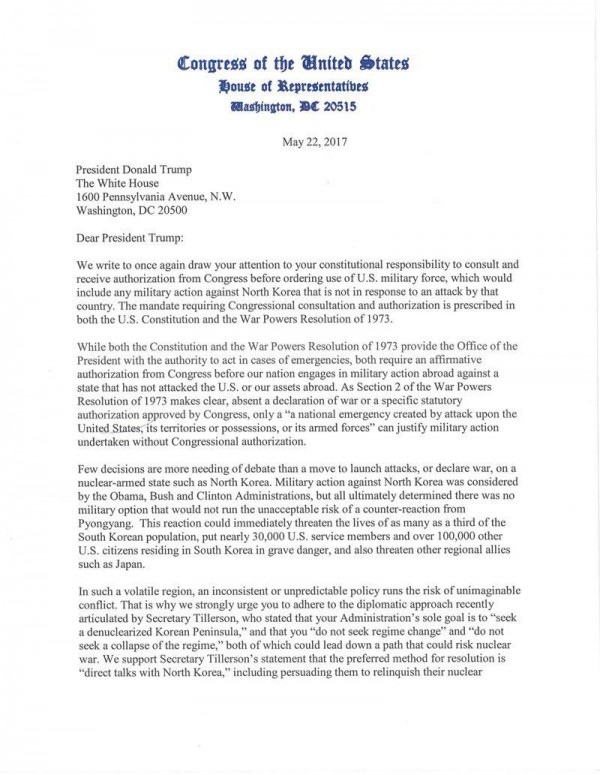 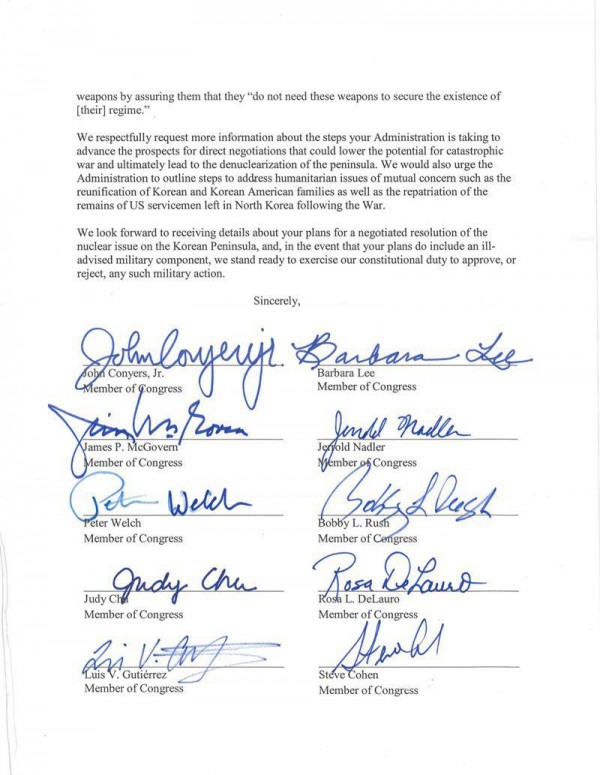 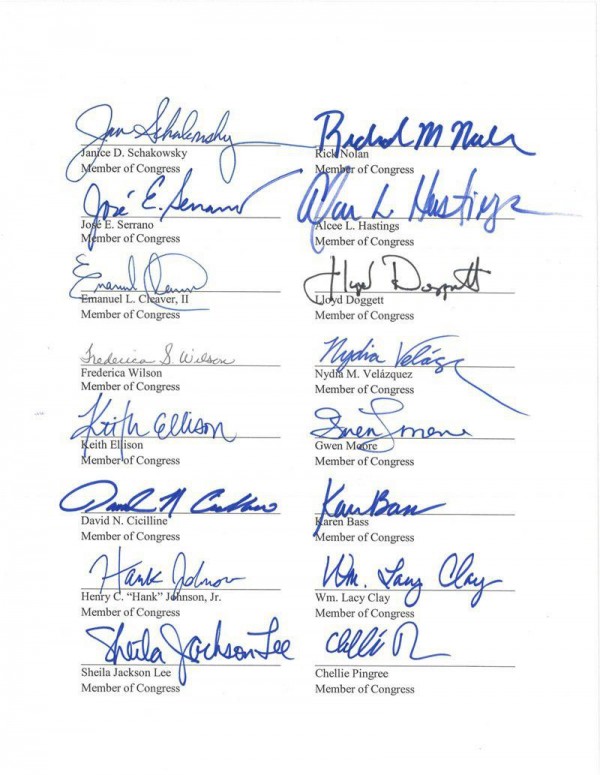 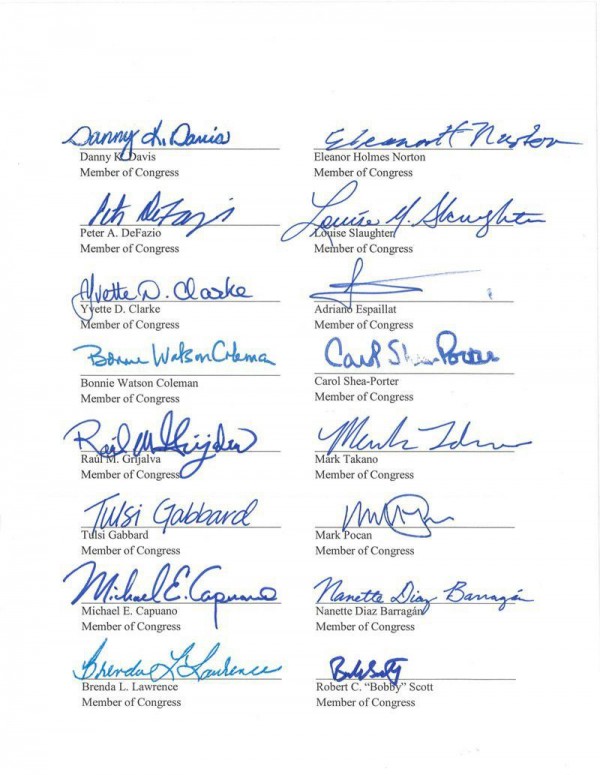 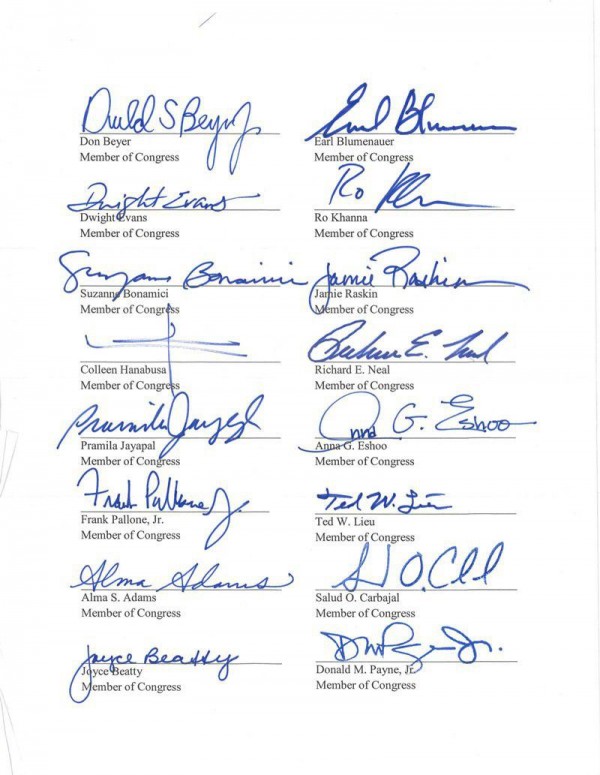 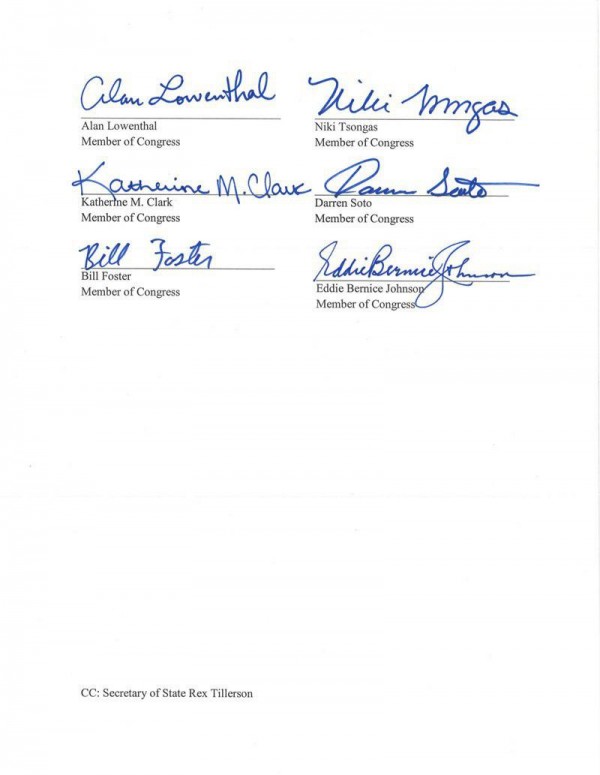