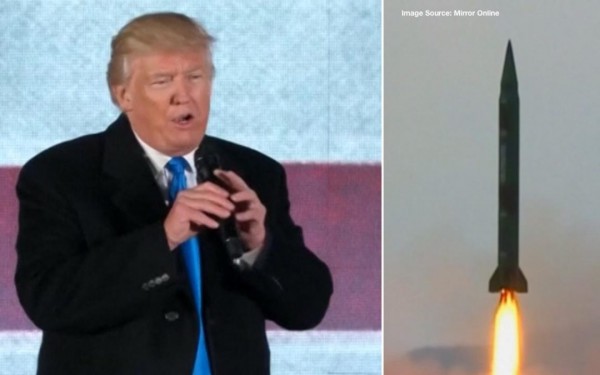 This week, North Korean news outlets released public statements affirming that their country will test-launch an Intercontinental Ballistic Missile (ICBM) if the U.S. refuses to change its posture of hostility towards it. In Rodong Sinmun, North Korea’s Workers Party urged the new Trump administration to avoid making the same mistakes as the Obama administration. A headline in the newspaper read, “U.S. Must Learn from Obama Administration’s Failed DPRK Policy.”

The article in the Rodong Sinmun was referring to the failures of the Obama administration’s policy of so-called “strategic patience.” Rather than actively work towards establishing diplomatic relations with North Korea, the Obama administration opted to intensify economic sanctions and conduct provocative war exercises to pressure the country toward collapse. North Korea, however, never folded. On the contrary, it has increased its capacity to develop nuclear weapons and seems resolved to face the threats of the U.S. military head on.

In a rare interview with NBC News, North Korean official Choe Kang-il confirmed North Korea’s resolve to test-launch an ICBM to protest the upcoming US-South Korean combined military exercises known as Key Resolve Foal Eagle, scheduled to begin at the end of February. When asked what can be done to relieve the tensions in the region, Choe responded, “The U.S. can simply stop its nuclear war exercises, joint military exercises, which they have been conducting under our noses.”

Every year, the U.S. holds joint military exercises with the South Korean military in the spring (March and April) and summer (July or August). These exercises simulate preemptive strikes to eliminate the North Korean leadership and force North Korea to go to great lengths to prepare for war in defense. Choe went on to say:

The measures we take to strengthen our nuclear weapons capabilities are for the purpose of defending our sovereignty and managing the constant nuclear as well as general threats against our country… Think about this — what if our military went to Canada or Mexico to engage in nuclear war exercises with the intent of invading the U.S. How would Americans respond to that?

Trump has yet to respond directly to the statements of North Korea demanding an end to the U.S.’ joint military exercises with South Korea. On the day of his inauguration, however, Trump vowed to develop a missile defense system aimed at Iran and North Korea. Choe referred to such a statement as more “provocation.”

Despite Trump’s dismissal of North Korea’s claim, experts on U.S.-DPRK relations caution against this dangerous game of chicken and recommend the safer path of peaceful negotiations. Joel Wit and Richard Sokolsky recently wrote in Politico Magazine that the U.S. government should increase efforts to create opportunities for diplomatic talks with the North Korean leadership:

The danger is imminent, an effective strategy is needed and the menu of options is unpalatable. More sanctions will not work. The use of U.S. military force will be ineffective and carries great risks. And engineering regime change is a fool’s errand. Trump’s only realistic option for stopping North Korea’s nuclear march is this: reinvigorated diplomacy…

But time is also short, with new U.S.-South Korean Joint military exercises scheduled to start in February that could trigger a very strong North Korean response, particularly if those exercises are publicly portrayed, as they have been in the past, as practicing the decapitation of the North Korean leadership or include over-flights of American bombers capable of carrying nuclear weapons.